Letter to my future self essay writer

I was going to do one of those year in review things where I wrote about all the good things of And then I remembered: It is a daunting experience. 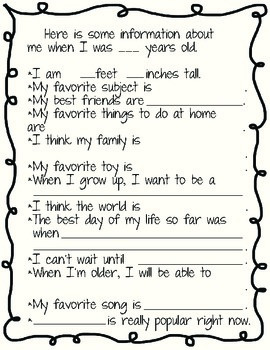 A letter to my students Thursday, March 27, I wrote this yesterday after my students performed poems they had memorized. Yeah, it's sappy, but as George Washington once said, "Sappy's aiight every once in a while, y'all.

It's been particularly hard lately because we're in the middle of standardized testing season, which, as you know, turns us all into crazy people.

You guys take 6 tests a week to see if you're ready for the battery of standardized tests coming up, while I have to "drill and kill" you as administrators breathe down my neck, because their bosses are breathing down their necks, because the state is breathing down the districts' necks, and so on.

There is a lot of neck-breathing going on. Anyway, all of my colleagues thought I was crazy for scheduling a poetry memorization project in the middle of testing season, and with good reason. You guys said I was crazy, too. Making you memorize poetry when you've got mountains of packets of test review?

That's flirting with an Eighth Amendment violation, right there. I explained to you why were doing this. I said that when we memorize poetry, we internalize it; we have a new relationship with it.

When we learn a poem by memory, inexplicably, it becomes a part of us. We learn about fluency, pausing, shifts, tone, and sound devices, yes, but we also learn about study skills, about determination, and about going outside our comfort zone. Then I gave you the guidelines and rubric. You responded by booing.

Today was the performance day, so I got to school extra early to decorate our room. I realized that I had asked too much of you. You are in 7th grade, after all.

You probably wouldn't be able to even appreciate the poem you'd chosen to memorize-- many of you chose poets like Longfellow, Keats, and Byron, poets you don't usually read about until high school. Plus, many of you come from homes where there might not be anyone willing to help you memorize it or listen to you practice.

Or maybe you do have people at home who want to see you do your best, but just don't know how to help you. And maybe the whole idea of this poetry project was just me being selfish. Part of me thought it would be fun because I did a poetry memorization project in fifth grade that I remember being fun.

Was I just unfairly projecting my nostalgia onto you? Maybe it was only fun for me because memorizing was easy for me and I was relatively outgoing as a child-- what about for the kids who are painfully shy or for whom memorization is extremely difficult?

I got down from the desk I was standing on and began to panic.

I had visions of almost whole classes standing up to perform with hardly anything memorized, of anxious criers, of students falling asleep as their classmates performed right in front of them. I thought, "What have I done? You blew me away.

There was the student who memorized a nearly word spoken word poem that included a singing part. You guys gave her a standing ovation. I don't know if you saw her while you were clapping, but she wasn't just smiling. She was laughing triumphantly. You captured that perfectly. Some of you wrote and performed poems about hamburgers or monkeys with mustaches, and we laughed, because good poetry makes you laugh, too.

Being a teacher is hard sometimes.One of the easiest ways to learn what makes a good, standard query letter is simply to see an example of one that does its job well.

If you write fiction or narrative nonfiction, a query letter is your first (and often, your only) chance to get an agent interested in reading (and, with hope, signing) your work.

Hire a highly qualified essay writer to cater for all your content needs. Whether you struggle to write an essay, coursework, research paper, annotated bibliography or dissertation, we’ll connect you with a screened academic writer for effective writing assistance. This page is the official writing contest summary and results for our "Letter to Me" essay contest.

The start of a new school year presents the opportunity for students to have a fresh start. We wanted to encourage teens and college students to sit down and write about their goals, fears, and other ideas for the upcoming year of their life.

Deciding my future ; Letter to the reader ﻿A Letter for My Future Husband ; The future belongs to those. The following is courtesy of The Freeman Institute and has been credited to William Lynch, a White slave owner, who reportedly made the speech on the banks of the James River in Some readers may have a problem with this, but we substituted the word "BLACK" for .

One evening over dinner, I began to joke, as I often had before, about writing an essay called “Men Explain Things to Me.” Every writer has a stable of ideas that never make it to the racetrack, and I’d been trotting this pony out recreationally every once in a while.